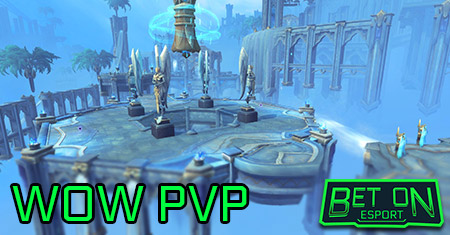 World of Warcraft: Esports and why isn’t it that big?

World of Warcraft is a long standing and time tested MMORPG with possibly the biggest following of that genre and potentially will be the leader in MMO’s for quite the future to come.

With Blizzard launching the latest expansion “Shadowlands” late into 2020, the game has had numbers skyrocket, bringing new and returning players back into the fantasy game to traverse through the latest content patch for the time tested online game.

With a huge scene, huge playerbase, the incredible studio Blizzard have really put togather some of the biggest content in history for video gamers worldwide, this however not at all or even slightly branching its way into Esports.

Before we go any further, I would like to mention that these are merely my opinions and what I as a player & Esports enthusiast believe that may truly benefit the games Esports scene.

Currently, World of Warcraft’s Esports scene essentially lies in only 1 of the multiple (currently) popular forms of player vs player categories, 3v3 arena.

3v3 Arena is the player vs player category which Blizzard have chosen to become the poster child of PvP in World of Warcraft, of which they have multiple tournaments named AWC (Arena World Championships) go on throughout the year and PvP seasons in WOW.

Battlegrounds are possibly the most accessible form of player vs player content and can make for some very interesting teamplay which would be perfect for Esports.

Opening WOW up to a player vs player environment surely battlegrounds (10v10) would be the easiest way to do so, as regular viewers wouldn’t need to know a hell of a lot about what’s going on with individual classes/comps or even cooldowns which make up the intensity of 3v3 Arena.

3v3 arena for the typical social player is far too much of an in depth environment and most players in World of Warcraft won’t set foot into PvP let alone jump into its most intense environment.

The best of both worlds?

There is not a world in which both battlegrounds and 3v3 cannot co-exist with one another, it’s the same video game after all and it would be particularly surprising if some of the pro’s from 3v3 arena didn’t set foot into the team based 10v10 battlegrounds and vice versa.

This not only would open up many avenues for Esports teams to have more to compete for but open up the scope to many players to get involved on the professional side of things, let alone having an environment for new WOW players to be able to go in and see a more simplistic side of PvP where common objectives like kill/ flag captures/ and points of interest are held.

They would have the ability to watch and understand a lot easier which of their favourite teams is ahead and what they may need to do in order to secure the victory, let alone all of the many variable and offbeat strategies/team comps which can be put together in order to bring home the victory.

3v3 Arena is a very unforgiving environment where 9/10 times, the first kill onto a member of any team often indicates the end of the game which for many players/spectators doesn’t make for a very exciting match.

There is not a point in me arguing that 3v3 should not be an Esport as it takes some incredible game knowledge/skill and communication to be able to play the game at that level and that alone deserves its spot as an Esport, however unpopular it may be to the masses.

However limiting WOW’s very lucrative and very easily executable option of bringing another form of competitive content to the masses is in my opinion, quite sad for a growing genre and an excellent game itself.

So? Why haven’t Blizzard chosen to make a bigger deal out of (in my opinion) could be one of their biggest deals?

In short, I have no idea.

I cannot at all see it doing any harm to the MMO, surely it would only be another in for new and returning players who enjoy the “war” part of world of warcraft.