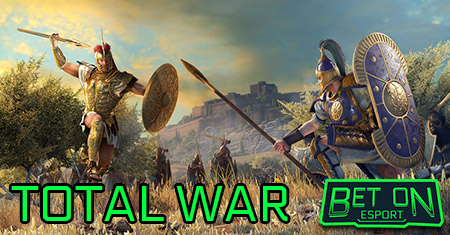 So I want to talk about Total War for a moment and in no order or game in particular just the series itself as all in all, the games are their own genre. Total War is definitely one of the most intricate strategy games to date and not because its battle mode or campaign map are individually but the fact you have both in a single game is quite an achievement. When you first look at a Total War Game you see that quite a lot if happening, the more modern versions are stunning with great small animations over the world map to create a fantastic interactive feeling and some features to go with. Going on memory older games had more simplified features which were simply terrain type and ambush features like being in forest allows you to ambush a marching army giving you the deployment edge, something quite useful when attacking a more advanced or larger force.

The gameplay is great and with all world domination games the conquest to take over as many regions as possible is incredibly gratifying. The game starts small and like many similar strategy games can depend heavily on the starting nation the player chooses. I recall Empire Total war which to date is still my favorite of the brand having some major advantages with certain nationals especially the likes of France which starts the game with quite a decent economy allowing the player to quickly build up a substantial force to take over the neighbouring regions.

Regions in Total war are one of my favorite parts of the game having such unique distinctive areas of the mao to explore and also add to the value of that particular area the games entices players to take over certain parts of the mao simply to gain access to a particular resource.

To go into detail on the total war series one has to imagine a red alert style game with no bases save for the cities used as defensive structures when sieging a settlement and at the same time a Universalis or Civilization type game combined into one. The great part about the game is the player is given the option to play the game how they see fit either focusing on the battles or the campaign side, in my case i went for both and wanted to make sure that i won every single battle possible and even played many of the naval battles as Empires version of naval battles are fantastic. Using wind power cannon firing frigates was quite the challenge to get used to as the wind actually plays quite a role in determining the outcome of a naval battle. That being said many of the later Total war series do have similar naval battles but none as good as those on Empire Total War. I haven’t yet tried Attila or any other the other more niche versions of the game with the latest being Troy however all follow a very similar structure with main differences being characters and small elements creating a bit more depth with each Total war game released.

I must have put about four hundred hours into Empire with second being Rome 2 and still waiting to give Three Kingdoms a shot, literally had to upgrade my PC for that one as i switched a thirty four inch predator gaming monitor and it literally killed my dinky graphics card so something to look forward to this winter. Going back to the games though, the mechanics are great and so many features to get stuck in, one of my later favorites are spies and assassins as they can seriously turn the tide on a long winded war with larger enemies or great to just slow the growth of a neighbouring or threatening nation you plan to eventually destroy as you do with all as pretty much the aim of the long campaign is to wipe out all other nationals and ultimately rule the known world. All in all Total war series are great games, very heavy on graphics if you really want to enjoy the game but great to get stuck in and really get into the mechanics of it all, the option to skip battles and have them play out based on the strength of the army is also a nice time saver as even though the battles are fantastic and quite strategic trying to conquer the world and micro manage every single battle is an extremely long winded affair as some battles will play out the entire timer and on average or is the standard set is one hour. If you reckon a full campaign will likely run upwards of one hundred battles, getting through a single campaign will be very hard without the auto resolve feature. Total War is a game you need to get into to really enjoy and building your empire is truly the best part, not sure how these games will stand on the Esports realm but there is a lot of potential here. The series already has the opportunity to battle against other players online and it can get quite competitive. Total war is more of a chess of the real time strategy world as it’s both real strategy when fighting the actual battles but at the same time turn based. There is far more to go into on these games and i will certainly put a more detailed follow up in place soon but for now it’s definitely a game i would recommend anyone to play.