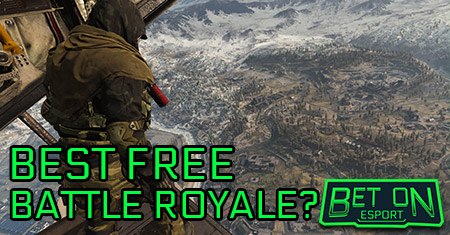 So I have been playing Call of Duty Warzone for sometime however took a break for a while whilst more recently playing Genshin Impact, however with so much hype around Call of Duty Warzone again I got the urge to pick it up again and re enforce my rage quitting self. Oh boy did I rage quit. Call of Duty Warzone like any other call of duty game I a massively competitive first person shooter but the call of duty warzone edition takes that to another level and I was reminded of this when I picked the game up again earlier this week and spent a good 30-40 matches of trying to re-find my stride or the stride I once had in playing this game. Let’s be fair the game is great and the fact you can play this for free makes it all the better. Activision has come a long way and is today one of the biggest names in gaming. They know what they are doing when it comes to getting players hooked on a series and give just enough free to keep players coming back. Though it wasn’t only the grandness of the game’s recent marketing attempts that brought me back to player Call of Duty Warzone but the gamers culture that made a huge difference. I cant say i’m a tiktoker or even a major fan of the platform but when it comes to gaming the platform has some super content on warzone like many other games. Call of Duty Warzone however I find has the most entertaining content and have to say this was a huge player in making me want to pick up my remote again and put up with campers, snipers, glitches, cheats, aimbots and much more. Let’s be fair even though the game is great it’s riddled with the above and many PC players not only have the aim advantage but the first person shooters in general will always reign supreme for the folk with a mouse and keyboard.

So going back to Call of Duty Warzone after a few months offline I noticed some huge hype in and around topics like aimbots, the finding of glitches and just plain cheats. Seems like these features especially for PC gamers have become a real thing in months and after watching tons of videos on the matter I can see it’s actually a real deal. Players going online and finding such cheats seem to be quite a trend and even more worrying it actually seems quite easy. One player even goes into a rant about how a six billion dollar game could be so easily hacked and push actual good players away as lets be fair no one wants to play a game so easily hacked. Though that being the case it’s hard to actually tell during a game on call of duty warzone as you sometimes get snipped from a mile away and sometimes run into a heavy gun battle whilst your team is drowning you don’t really want to stop and watch assessing who killed you and how easily they managed to do it. Though is saying that its quite a topic at the moment. Apart from PC glitches though it also seems FPS strike packs have become a real thing for console players and even though they don’t compare to the cheats available on PC it seems that game producers don’t consider these hacks of cheat as they do not in anyway touch the game itself and only operate with the joypad or joystick and not the actual software. I have not yet used one however after much debate on whether these tools actually work I decided to give one a try which should arrive in a couple of weeks for Playstation 4. Will definitely put something up after I have given that a go for a few weeks.

So getting back to Call of Duty Warzone, has me playing my favorite version of the game since it kicked off, and i’ll explain why! Call of Duty Warzone is a ruthless battle royal and when playing deathmatch or other versions of the game it can be over pretty quick. Plunder is a variation of the game that matches just last longer and you are less likely to rage quit or smash a couple of PS4 remotes and this is due to the fact Plunder has an unlimited death system, the only downside is a timer that needs to run down before respawning into the game. Now this might sound like a noobs heaven and it’s a much less painful way of player call of duty warzone but plunder does have its perks and is an absolute thrill when playing around the map looking for loot and avoiding death. There are in my opinion two ways to play call of duty warzone plunder mode! One stick with your unit and build your bankroll by eliminating other teams! Or Two play snake style and collect as many missions and chests as you can. Keep in mind the game is simple, it’s about cash money! Meaning you have to collect as much as you can but also bank it as if you die with a huge cash load you are going to cry as it really hits the team hard. The target of the game is getting to one millions dollars after which a timer to end the match begins called overtime, during this period it’s pretty much based on who has the most cash. The great part of this time in the game is that teams really start running to hunt down the cash leaders in a hope to bring them down by killing off the team that haven’t yet banked their cash. There are some features that make this easier as the game auto changes the leaders appearance to have a big bag of cash on their back and drops dollar notes all over as they run trying to evade or hide whilst waiting for the timer to run out.