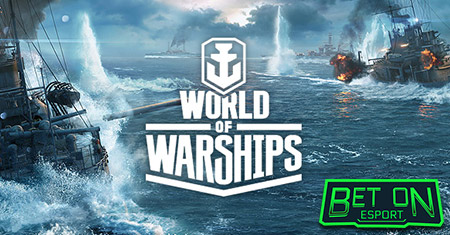 So I recently started playing World of Warships Legends on the PS4. Been looking at the franchise for sometime having seen many ads and great reviews for World of Tanks and other games in the series but never really gave them a try till PSN started pushing the series on the PS Store. To be honest i kind of feel like I missed out as the game is actually better than i could have anticipated. At first there is quite a learning curve as the game doesn’t really give you much in regards to a tutorial but after a few matches you realise the game is extremely straightforward. To keep it simple you choose a ship, get thrown into either a Co-op match vs the AI or simply a PVP style death match with a few variations of the rules for each match. At first the game feels very much point and shoot however after having now played around 100 matches i can see there is much more to the game than meets the eye. The game is pretty sandbox in a way there isn’t a set way to take on the battles and the fact that you are lugging around a 60000 tons of steel anticipating what your opponent is going to do is a major part of succeeding in this game. Though your aim is going to help a lot it’s more straightforward than thinking your guns need 20 seconds to reload and need to insure you are either not being broadsided when you are reloading or moving in and out of cover during those periods. Figuring this area of the game out and finding a method that works for you is going to be your success or defeat of each match.

Choosing your Ships on World of Warships Legends: Cruisers

So the first test or real choice that a player gets on the world of warships is choice of vessel and nation. Those two things really do make a difference as each ship has a certain style of play. There are 3 main ship groups in World of Warships with the first intro ship for each nation being an entry level cruiser. This, as in most games all rounder, to put it simply a cruiser is a mid level ship often incorporating elements from the smaller destroyer class or larger battleship class. Cruisers being the mid level of the games do vary quite a bit and in later tiers split into heavy and light cruisers but in the initial stages are pretty straight forward. Cruisers are great for new players as they incorporate both run into the fray or stay back and pepper styles of play, later in the game you will start choosing ships based on their skills and anticipated play style which is also greatly determined by the nation you decide to go with. Don’t worry though you can always go back and start a new nations ship advancements with only time being the cost as when returning to older lower tier ships you battle other ships in the same class and don’t relate to your abilities or experience. Cruiser class ship are great s they really help guide you into a class that you prefer purely based on your play style, if you find yourself chasing down ships, using toperdos or staying close to the battle then you know you re going to like destroyers, however if you are more of stay back sniper and bombard opponents from afar then you are more likely going to like battleship class ships.

So as stated above destroyers are the stay in the fray fast moving and agile warships one would expect they are the high damage dealing but extremely volatile better know what you are doing most deadly class in a world of warships legends match, but there is a catch. Destroyers go down easily and in some cases a single barrage of cannon fire is enough to end your match in the first minutes of a game. Destroyers require thought when playing and being on your game at any moment, you need to get in drop of a few of those deadly spicey torpedoes and get out whilst never entering the center bombarding point of any battle or you will regret it. I find there are two kinds of destroyer players both quite interesting. As they are relatively small destroyers are very hard to see and can get deadly close to a battleship without being spotted. Depending on the time of the match this can make a world of difference as going after a battle ship thats supporting by either a light cruiser or another destroyer is just suicide, the battle ship might not spot you but the other ships will and simple have the battleship turn its guns on you. You best bet us use destroyers as they are meant to be used, either hunt down lonely larger ships or escort the main fleet and be the spotter, the fleet will protect you and you can focus on quickly making short work of the larger enemy ships by timing your torpedoes and staying in cover.

Battleships in World of Warships Legends are as one can imagine the huge dangerous coolest looking of all warships and for one good reason, guns and more guns. Warships sometimes look like what a kid would draw on his ship when he wanted to make sure he had enough guns to take on the whole battle, and you gotta love it as many real battleships actually look like they can’t cope with the weight of all those guns and for good reason. They are the slower tanky vessels in a fleet but when they hit they hit hard. Battles ships are slow and not only at speed but turning, aiming and reloading too. Using a battleship takes timing and thought knowing where your enemy is going to be and estimating your next move well ahead as getting caught in a bad position can be devastating. The biggest threat to Battleships is ofcourse torpedoes as these do heavy damage and given battleships turn so slowly if you give you broadside to a destroyer you might as well hand in the towel.

So another great contributor to play style in World of Warships Legends is the nation or navy you choose as the ships do differ heavily compared between different navies. They also have ships in one navy that don’t exist in others like the popular British heavy cruisers or the heavy destroyers in the Japanese fleets. I won’t go too much into detail but choosing your navy is quite important as this will help determine your play style but also other things like research, you need certain ships to unlock certain research boosters which are quite mixed.

So having played Wow Legends quite a bit I can see its a highly competitive game and certainly feel that even though this particular game in the series might not yet have the player based to justify Esports events or major competitions the series certainly has a lot of hope. The model behind wargaming is purely pvp focused and with that certainly has a big enough following across all the games in the series to warrant something but maybe not yet as a stand alone. I definitely think the games are built for it and with a little more attention, marketing and variety could make the mainstream Esports events.