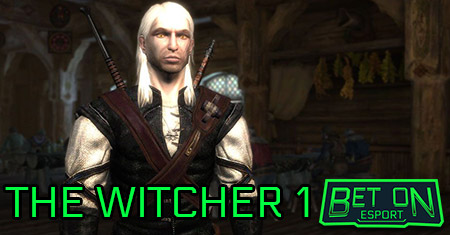 So I want to talk about the Witcher a little bit being such a great game not only for all types of role play game fans but this game was a great balance of hack and slash mixed with the earlier open world western style role playing games. The Witcher was a great game and to be fair still is today, not to mention has lead to a fantastic Netflix series with Henry Cavill how to be fair I initially thought would botch it but actually did a great job though none as well as the fantastic Frya Allan taking on the role as Ciri. To be fair though I never really got to far into the series, I certainly did something sacrilegious when going through this series as I played but not finished Witcher 1 and then went on to playing The Witcher 3 Wild Hunt without even setting foot into the world of Witcher Two Assassins of Kings. There was however a reason behind this. I had very much enjoyed playing the Witcher 1 my first time round but as a perfectionist never got over the endless glitches in the game, there were some serious bugs with the largest being that very annoying can’t go any further if you did missions in a certain order bug or glitch. It frustrated me alot and ended up not finishing this game.

The Glitch in the Witcher

The issue here was the fact the bug took place in Act 2 and when trying to get past a certain point with Raymond if you had carried out a certain task earlier will never be able to progress as the option to pass this doesn’t appear and you get permanently stuck in this fix, the problem with this Witcher bug was that the action that caused this likely took place some time ago and you have more than likely overwritten the saves causing you to either go back to a way earlier save or worse restart the game. I’ll be honest the game was still great but having such a deadly glitch in a game is luckily now a thing of the past but still shouldn’t have been overlooked by CD Projeckt who in all fairness did an amazing job of producing such a massive game and now series from an virtually unknown games producer.

So the game today wouldn’t stand against a number of the larger western style role playing games of the last decade however had some great elements, I found both the levelling system and exploration to be quite decent. The game wasn’t a large open mad but a series of open areas similar to that of Mass Effect or Dragon Age, the player could choose a region to go and explore that region however the game was quite Savage. The battles were tough and did often end up with me running away to heal or meditate. The main battle system was limited to two swords, the Silver used for monsters and Steel mainly for humans and non monsters. There are a couple of extra abilities to add to the mix mainly the sign system broken up into what can be seen as elemental abilities which needed to be upgraded in their intensity to cause any significant damage. They also had some other features which I will explain later, my favorite being the game of dice which for a stand alone game the Witcher Managed to create something unique. Like many games before it, side or internal games can often be hit and miss depending on the idea. I recall Final Fantasy 10 having that underwater water polo called Blitz and really enjoying it when actually building a solid team however the game of dice in the witcher was a far more simple bet on the results and earned coin. Later in the series Gwenth does take center stage but game of dice had some decent income to be made in the game sometimes finding myself playing that game for sometime.

Game of Dice in The Witcher

The game of dice in the witcher ws quite simple, it’s a very of poker played on dice instead of poker card, the outcomes are far more limited however the hands made in the game follow the same pattern as having a straight, two, three, four or even five of a kind with the value of that number giving you the advantage. Playing the game involved either taking a risk on higher numbers in the event you only scored a low two pair or rarely playing into a straight which to be fair was quite tough in comparison to going for a three of a kind or even a full house. In Poker theory those hands would be the other way but in the Witcher the straight was a tough nut to crack and more often than not was played only in times it was hit on the first dice roll. Talking about dice rolls again like a 5 card game of poker the player could reroll his dice once and could choose how many dice he wanted to keep. There were some instances that resulted in me rerolling the entire board or even wanting to flip the table but all in all was good for a game that came out in 2007.

The Witcher Formula, Recipes and Ingredients for Alchemy

Another major part of the witcher was the ability to brew potions and poisons and when playing the game on higher difficulty was a must do to insure getting through the tougher more resilient opponents. I can’t say I had made this my focus as I have always played games with ability over alchemy but the witcher had quite a lot of ingredients to find and use in potions, Here are more details.

Each Potion is made up of Ingredients broken down in the below table.

Secondary Substances in the Witcher

I would certainly consider going back to the Witcher in the near future as playing through the entire series as I’m confident the game and series has a lot to offer, for now I look forward to seeing the long awaited next season of the Netflix Witcher Series.