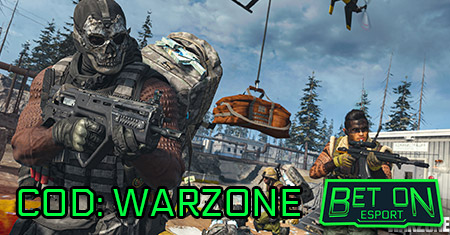 Let’s talk about Call of Duty Warzone online, a game I love to hate, like that of Fifa and many other overly competitive games available today. Call of Duty Warzone should pride itself as one of the best aggro games in the market. The reason is the game is designed to pit players against each other initially in huge map deathmatches to the newly added Gulag which was a fantastic concept for the for brand allowing players to further hate their opponents before smashing a couple of PS4 controllers, and I say PS4 as this is the console I chose to play the game on. Ps4 was a great console and still is today however when playing a game like Call of Duty Warzone one must keep one simple truth in mind which is, you are playing for fun! Trying to win a higher level tournament on a hand held controller vs the veteran Mouse and Keyboard PC players just isn’t going to work. These guys have a  decade of shooter experience behind them along with a multitude of short cuts and button bindings at their disposal. Not to mention it’s far easier to take aim with a mouse over a PS4 or Xbox controller making the game heavily gimped, and lets be fair if you want to play with the big boys you need the right equipment.

PS4 vs Xbox vs PC

So I want to touch on the console debate a little bit and there have been many instances in the past where players talk about which console is better but the truth is it depends what you are playing for. Looking at the Esports model I dont think to date I have seen many players ever using a console remote over mouse and keyboard save for a handful of games like FIFA. When it comes to shooters however its going to be a tough one and Call of Duty Warzone is no different, a Ps4 player will never stay with the likes of a PC player when it comes to taking aim and firing whether it be an UzI or a long range sniper rifle. Shooters like Call of Duty Warzone have always and will always be built for PC users when looking at the highly competitive matches but this doesn’t mean a console player can’t enjoy the series and I did very much so.

Choosing you match type on Call of Duty Warzone

So when choosing your match type on console I always found certain game types worked better than others, highly the case when looking at match types like the plunder version of call of duty and the reason being the game was less about kills and more about making a run for it and making money. This type of match was heavily enjoyed and it was what I found myself playing most on Call of Duty Warzone. The games were great and in many cases given the length of the match and ability to come back into the game over and over made the game match type more interesting for players looking to level and unlock weapons. The game is great and had some fantastic randomness about it, so many times players could find huge stashes of cash just laying around and boost their teams chances of winning by just picking it up. It’s not the traditional way of winning in call of duty games however did allow for a nice twist and as I write this gives me the urge to go and have a match. The idea is simple, carry out related missions to win funds or open crates and boxes to find cash and build your teams bankroll to win the game.

One amazing thing about Call of Duty War Zone has to be the map size, this was the first game in the series that depicted such a  large map and it made the game very special as you could easily spend an entire match without coming across your own team mates unless playing plunder as flying back in the games system will normally have you kick off right above your teammates current position. The map however is great and has some super areas more prone than others where fire fights will kick off, this made it interesting and I surely had my preference as to where to engage such firefights and what guns and layouts to choose prior to entering certain match types. I’m certainly going to be going into more detail about the Call of Duty Map in the coming blog posts however in the meantime can say one of my favorites starting points in the game was the prison, the great thing about this area was the ability to claim the prison for yourself as many players would initially begin here but as the game moved on most players would not return the prison in call of duty war zone and when playing game types like plunder made the area excellent at building up a good bank roll and getting ready for the other areas on the map.

Esports and Call of Duty

So as always Call of Duty will always make part of the Esports circuit however even though the game is newer and has a great following has not yet picked up the league status of Counter Strike of Rambow Six. This might be as the game currently focuses on being more of a buy now type game whereas the others have over time developed a solid following and don’t release as many versions of the same game in a quest to make profit from game releases. Who knows, this might change with the call of duty warzone but that is yet to be seen.