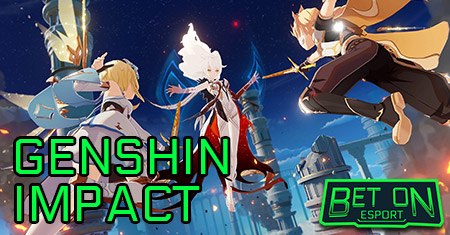 So now a couple of months into playing Genshin Impact I am finally beginning to see how the long game pan’s out. The game itself is a merger between online Massively Multiplayer Online game or MMO style of monthly or weekly updates coupled with the open world but linear quest adventuring from a JRPG (Japanese Role Playing Game). There are moments in Genshin Impact where I am not quite sure whether I will continue playing the game, having not yet invested in Genshin Impact this might be a reason for it, ultimately the game is great but pacing in the game has not yet found its feet. The game initially feels incredibly fast with new characters and weapons coming out of nowhere then suddenly the game grinds to a almost complete halt with much of the progress coming from tedious daily quests and adventures. This is not necessarily a bad thing as the developers miHO YO are clearly looking at the long game and adding too much initially will limit the possibilities of future content or simply become too much.

So looking at Genshin Impact and knowing this is a gacha game immediately allows a player to misspend the initial easy made in game funds without planning their play. The issue here is the game doesn’t really guide players on how to spend Crystals, Primogems, Mora or any other of the countless currencies that exist in Genshin Impact. Now on first glance the game feels like it’s created all these currencies to insure more spend for paying customers as keep in mind Genshin Impact initially is a free to play game however I have quickly come to realise the experience had between a free to play Genshin Impact player and a paying Genshin Impact player must be a very different experience. As you progress through the game the idea of spending more and more on wishes and other needed items for ascension or even just leveling up become more apparent. The game is well designed to get players into the fray and then slow their role in levelling as having one wish per day does require the player to finish a number of quests sometimes not possible it seems on just dailies and you are required to open a number of chests or continue story missions just to get enough Primogems to make a single wish. With many of these items being finite the idea of levelling your characters becomes very tedious and spending a bit of cash on the game becomes a more likely activity on Genshin Impact.

So one thing I learnt the hard way on Genshin Impact was the fact you cannot go back in time, if you miss a wish banner then you have missed it, meaning you may not ever have the chance to play with the whale type characters like Venti, so I have heard. When I first started paying Geshin Impact it was in fact during the VentI Wish banners and was so green to the game I did not think anything of it not knowing if I didn’t wish then I would never be able to and this has a great effect on party tactics, so far I have mainly lower tiered characters though still enjoy the game know it will be a different experience with a better line up, I like to play the game with a mix of elements currently with huge focus on Kaeya and Barbara as Barbaras water abilities carry very nicely with Kaeyas freeze allowing me to freeze even top notch opponents furthermore making harder fights slightly easier. Apart from those two I always keep Lisa in attacking party as Electro certainly seems to have better chance of taking down magical barriers, last I keep the traveller as he is 2nd in line when it comes to damage and with nine members to choose from certainly see much more value in having these characters buffed up whilst putting far less time into the rest of the squad. I do occasionally top up a couple of other characters but the team choice does come down to best passive for adventuring and best combo for attacking. I currently work with a two formation team with a simple formula of highest damage and best passives.

Going a bit more into passives having some abilities whilst adventuring in Genshin Impact makes a huge difference and my favorite current focumation is Kaeya with his climbing and sprint boost, Amber with her gliding boost, Traveller as I sometimes switch out Geo and Anemo and Ningguang for her ability to track and break down mining items much faster than others which does make a huge difference to adventuring and farming. I haven’t yet experienced all the passives in Genshin and with so many updates coming out monthly I can imagine there are far more interesting passive abilities yet to be seen and can only imagine what 5 stars hold but still find keeping an eye on this very important.  The main passives so far seem to be around either stamina or minimap from what I have seen, however there are some interesting abilities relating to cooking and alchemy which do add to the idea the bigger your party is the better chance of having stringer and more useful passives along with being able to make a variation or enhanced dishes and using less ingredients when cooking or alchemy.

When leveling in Genshin Impact do keep an eye on the artifacts and ascension materials as these two appear to be the major bottleneck in buffing out your characters. Other resources like weapon levelling up materials and leveling are far more abundant than those used for artifacts and ascension. This will require you to focus on your main characters and create a tier for characters you intend to use in different situations. It’s important not to focus purely on one or try to level your 4 party members, neither of these tactics are going to work well. Having one character with all the buffs makes it very hard to take down bosses or higher level enemies of the same element and trying to buff all your team just doesn’t work in regards to available resources out there. Finding a balance between these two tactics will help. I have gone with one main damage dealer with a support character in this case Kaeya and Barbara and tied in my traveler to become the second damage dealer who jumps in against opponents of same elemental types to that of my main damage dealer. Secondly the great thing about the traveler when increasing his or her attack is that you can in time change the elemental ability, in all fairness you can do this quite early in the game as soon as you gain access to Liyue region. As for actual character leveling this is something that’s quite skewed, he experience you gain from beating enemies or bosses has very little effect on character growth as this normally comes in tens whilst leveling items from the likes of Blossom rewards comes in the thousands so spending time farming exp doesn’t quite make sense in Genshin Impact and players should focus on forming items more than exp which ok are on in the same in some cases but ultimately has the player focus on certain battles and not others.