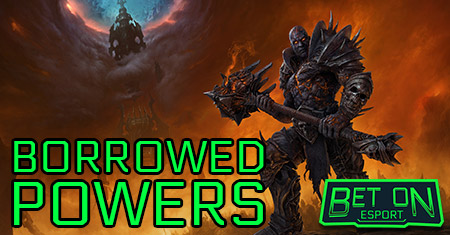 With the imminent release of the new world of warcraft expansion “shadowlands” just around the corner, I thought it might be a good idea to mention things you could expect and possibly could consider in preparation for the change over from BFA or currently “pre-patch” to Shadowlands.

If you are a new or returning player and you have just hopped into pre-patch, possibly you are levelling or have levelled a class, else you are someone who has been playing but is currently deciding a main or even an alt to play come shadowlands, this may be some information you would like to hear.

Let me start off with what will most likely be one of the biggest affecting factors and how you can possibly avoid this or possibly just prepare yourself to deal with it (like I currently am doing).

Just for the purpose of this article, I will use my rogue as an example and then hopefully you will manage to relate this to whatever class & spec you’re playing.

As a side note I would like to mention that this post is NOT in the slightest, me complaining or putting a down note on the expansion yet to come, on the contrary I am very optimistic and do feel the expansion will be a very successful one, even though I will mention some “negatives” to do with my rogue, I am not in the party which believes that this is a bad thing, it’s merely just something which we will get used to and that’s 100% fine by me.

Borrowed power has been a major feature for a few expansions, with legion artifact weapon traits and now, the even more prominent and very dominating Azerite traits.

Azerite traits are currently in place on the pre-patch, unlike corruptions which also were essentially a borrowed power, however due to them being disabled, I will not cover them, regardless of the same rule still applying.

So, how do azerite traits affect your playstyle?

My first example is something which for now and the foreseeable future, I will not be getting in Shadowlands (unless they decide to change something, which looks currently, unlikely)

Subtlety rogues currently have an azerite trait named “the first dance” and essentialy what this does is buffs my shadow dance.

Shadow dance is a subtlety rogue cooldown which allows use of stealth abilities which not actually in stealth, namely and most importantly (for dps purposes) shadowstrike.

Shadowstrike is probably if not the most, possibly the second or third highest source of my damage. It builds 2 combo points on use, costs me 40 energy and if used from stealth will port me to my target within 25 yards (not the important part, and only from proper stealth, not shadow dance).

So shadowstrike costs a lot of energy, and how does “the first dance” azerite trait affect that?

The first dance trait, buffs my shadow dance, on use it will instantly generate 2 combo points which helps me towards slamming out finishers and not only that, but it gives me a major haste buff, in fact it nearly more than doubles my haste allowing me for a very well utilised burst of extra energy regen due to haste affecting energy regen. It also lowers the GCD which is less important but it can still be felt.

Now, in shadowlands the first dance will no longer be active and essentially this will limit the amount of shadowstrikes and can output in my dance windows, due to the energy cost capping me.

Did we think that is all that affected our playstyle? NOPE!

We will also lose some other major stat buffs from essences and a very big change when we lose “Memory of Lucid Dreams” our bis azerite essence as it can refund a portion of the energy cost used by abilities for example, giving us more opportunity to slam out shadowstrikes, for example.

This and we also will lose many other things which do provide buffs to our class which does affect playstyle but also less notably, DPS. Weapon enchants and other essences will also be lost which did tend to be stat and steroid based on a lot of occasions.

So, what does that mean for me, or in relative terms, how may it possibly affect you with your versions of azerite traits etc?

For me as a subtlety rogue, it means that I need to work around not playing through dps windows of shadowstrike. I will have to alter my talent build and this will possibly allow me to keep up a similar amount of shadowstrike output with the lack of gifted haste and energy regen.

It possibly may come to the point which I even end up changing my stat priority to focus on building back the haste should i see that it’s still my leading source of damage per cast, however currently running a versa crit build (the only stats which “scale” shadowstrike damage) I feel like its an unlikely way forward that this will be my answer to the changes which I personally and many other subtlety rogues are about to face.

So, another thing to account for is that tuning is not yet done for presumably all of the classes and my shadowstrike damage could be nerfed or even buffed to compensate, thou the state of subtlety rogues strength wouldn’t yet warrant another buff if anything (I am aware that my class is strong, however im a triple DPS spec, it should be).

How have I chosen to deal with the future change to my class?

Well, first things first, I will find and play towards my alternative options which I can do in my build, as mentioned before with talents, but more importantly I have decided to move away from trying to strengthen my shadowstrike and dump all my focus in to another source of damage, my finishers, mainly eviscerate.

Personally, I am happy to not be playing around my shadowstrike and be working towards smashing out some big bursty finishers, so even if i drop dps overall but enjoy the playstyle or prefer it, i’m totally fine with this happening and every class will be affected in some way, so I have no need to worry. We will all slightly tune down, some more than others.

So, my plan is to slam as much of my stats towards Mastery and Crit!

I much prefer that playstyle anyway so having it be my main focus works in my personal preference to how I enjoy the game as a subtlety rogue anyway. I’m always happy to sacrifice damage if I enjoy it from a how my class functions perspective.

Will it be the case that you will lose your azerite traits which influence your playstyle so greatly?

No, not necessarily it wont, for example, I lost one azerite trait which I mentioned “the first dance” however a few of my other azerite traits will return to me in the form of soulbinds and conduits. I have an azerite trait which if i use backstab (my spam builder) it reduces the cooldown of shadowblades (my longest dps cooldown) and essentially, this is coming back to me in form of a conduit named “Stiletto Staccato” so be sure you are aware of what you may and may not lose before reshaping your whole idea of the class you have in question.

Will this be the best & most viable option for you?

Possibly? Also possibly not. I’m not even aware that it’s the best answer for me, it is just the answer I have come up with as I’m a player who will happily experiment rather than copy the masses. It’s all about risk appetite right? Are you going to be the one who copies and gets a stable return maybe a bit slower? Or are you going to try something new and hit a home run? Who’s going to innovate and who’s going to follow?

So without shaking you up too much, I would like to suggest that should you be firm with your main class that you do some research into what may change for you, there are already hundreds of guides out on Shadowlands class changes and you could start there if you are not a comfortable theory crafter like myself.

Should you be in the party which is a new or returning player, possibly with an undecided main, or a player looking for an alt to play, then it may be worth your while running with an imperfect build and just goofing around at max level to get a “rough” feel for how your spec will feel and potentially function without borrowed powers, or atleast get an idea of what the raw class/spec is about with the thought process that this may not significantly change but will be yet to change in the future.

Your class is in my opinion, one of the most dominating things which will be a deciding factor into how much you actually enjoy the expansion. Personally when i think of shadowlands, I immediately just picture my rogue at level 60, as it is what i know, 100% that I will be doing, come the new expansion. I always play a thief/assassin/rogue type character in all games outside of wow so that will not change moving forward and I as a player who is able and willing to adapt, will see through that I do the best possible job of adapting to the playstyle needed, or adapting the playstyle to suit the way I like to play the game.

Shadowlands will undergo a lot of class changes even when it is live, so do expect to see drops dips and raises from your output numbers for the majority of the early parts of the expansion, hopefully smoothing out post 1st raid tier. The playability of your class will fundamentally not change a whole lot, so be sure that you like the core features and don’t base decisions off “well this one specific button makes me feel accomplished when I press it”, due to damage output for example. This will potentially change a lot, due to anything from nerfs and buffs, to builds and possibly even legendaries and the speculative tier set bonuses which we are potentially looking to get at a later stage in the expansion (please note potentially).

Shadowlands is looking to be a great expansion so far and I have a lot of respect for Blizzard’s hard work and effort, plus even the bravery to delay in order to better fix a potentially boring release of a badly finished expansion.

Your class is important, your class will change, indefinitely, but be sure that moving forward, you are prepared if the playstyle does change, that you are onboard and happy for them changes.